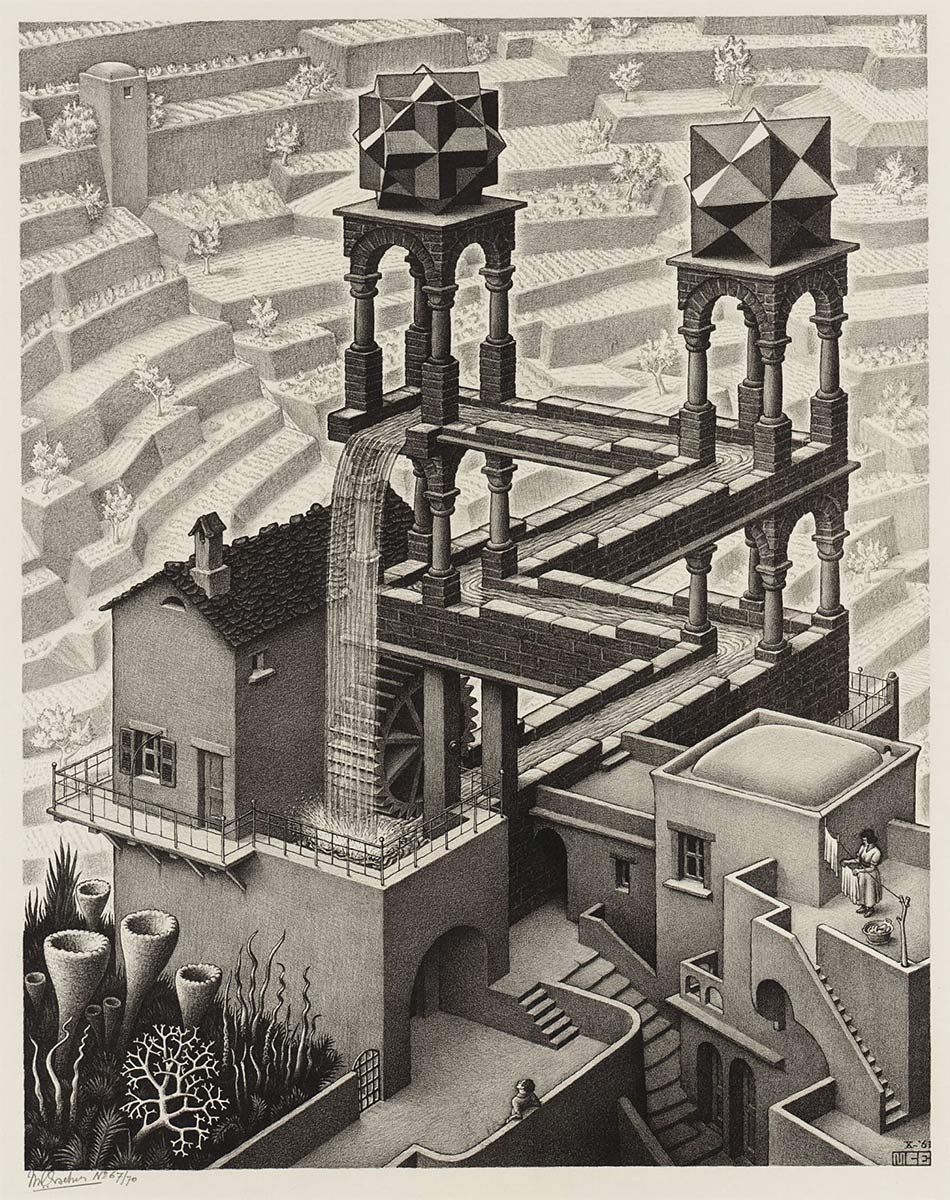 The great strength of Escher is his ability to translate mathematical concepts and sometimes fairly abstract ideas into exciting visual forms. In Waterfall, he begins with an impossible triad, a shape that may exist on paper but not in reality. He hides three of these forms in a recognisable construction, a combination of an aqueduct and a watermill. That is why it is not immediately apparent that the water is flowing uphill here.

In the background, a hilly Italian landscape can be seen, and Escher has also drawn a so-called ‘bread roll dome’, a rounded roof typical of the Italian Amalfi coast. The striking plants on the left are an enlargement of mosses that Escher saw in the woods near his Dutch home in Baarn. By blending possibility and impossibility, realism and fantasy, and reality and unreality, Escher creates a print that you will never forget.