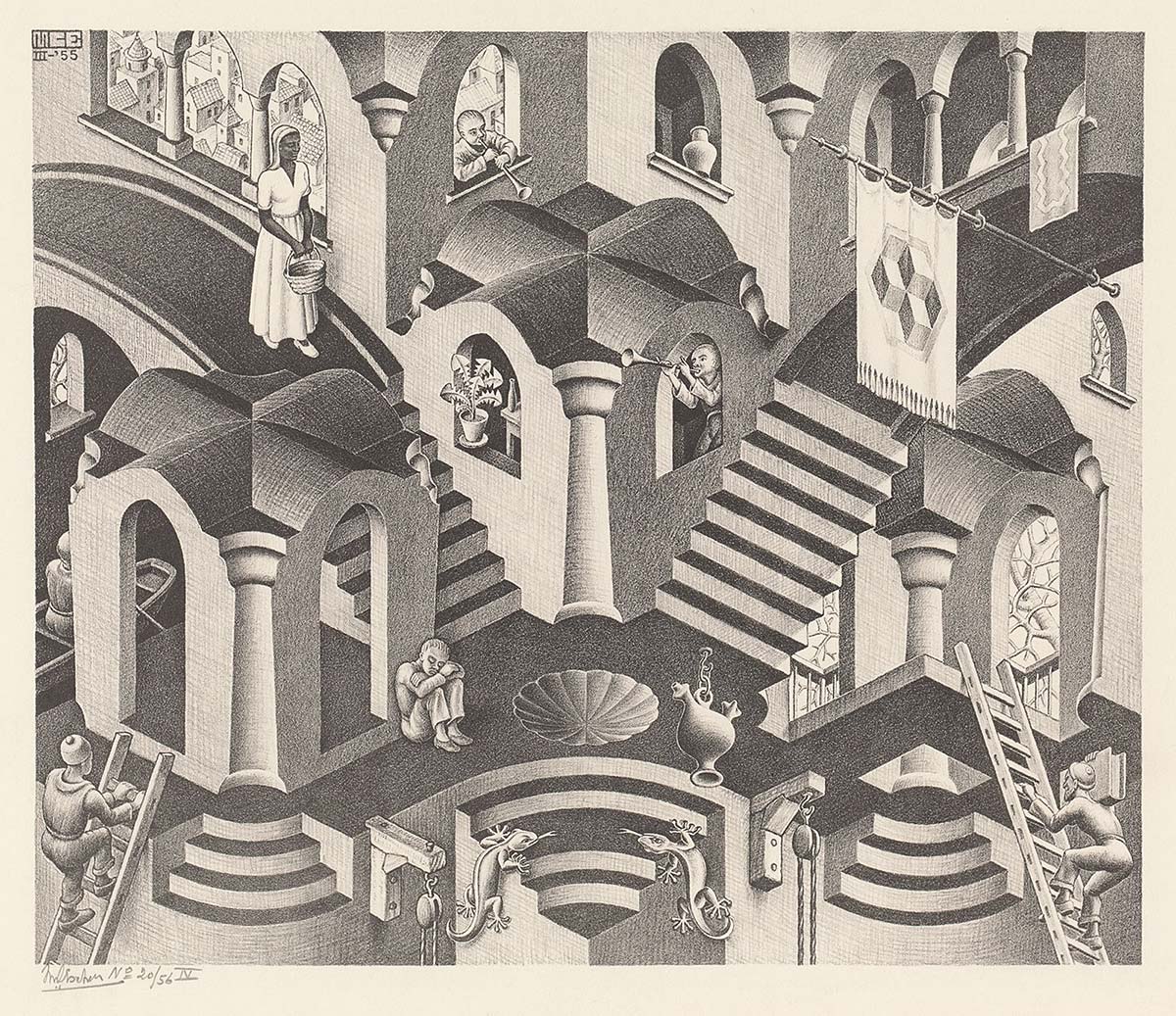 In Convex and Concave, daily life unfolds in a Mediterranean town. In the left-hand section, we look down on that life from above, from a bird’s eye view. The right-hand section, on the other hand, lets us look at it from below. As in Belvedere, the two halves of the print can exist independently (although it remains a strange construction), but by combining them, Escher has created an impossible space. In the centre, the two perspectives converge, turning the world inside out, as it were. Everything can be questioned: what is inside and what is outside? What is convex and what is concave?

From 1937 onwards, Escher’s prints became increasingly influenced by science, such as mathematics and physics. This enabled Escher to quietly combine different perspectives to form impossible worlds, as in Convex and Concave.