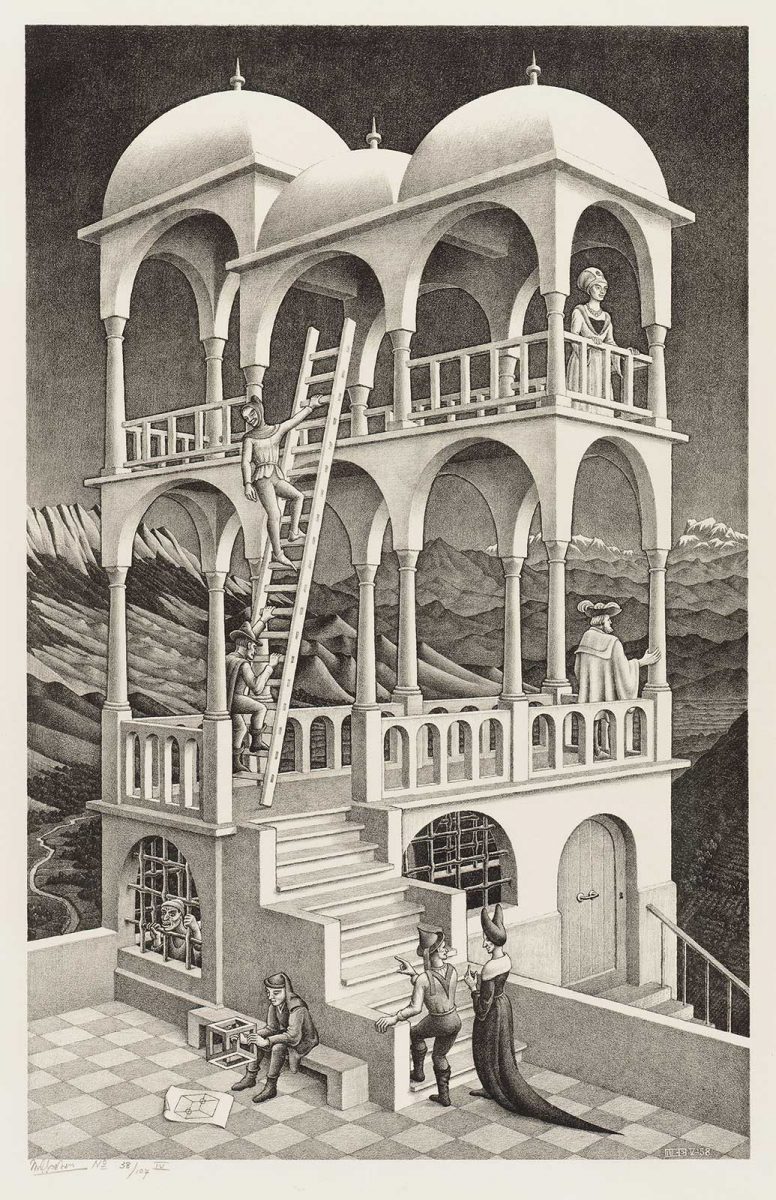 In several of his prints, Escher deliberately fooled his audience by dressing up his impossibilities in such a way that – at first sight anyway – they could actually exist. Belvedere is a stellar example. It is a three-dimensional building that can be drawn on a flat surface without any problems, but is impossible as a spatial figure. Escher illustrates this contradiction beautifully with the little man on the bench. In front of him lies a drawing of an impossible cube, a shape that can exist on paper but not in real life. Yet he is holding such a cube in his hands. Here, Escher combines several variations of impossibility in one image. However, he does so in a very subtle way. He challenges the viewer to consider what is possible and what is not. Look at the top of the building and at the bottom, with the terrace, the walls, the dungeon and the staircase. Two images with respectively correct perspectives are combined into an impossible whole by the ladder and the columns.