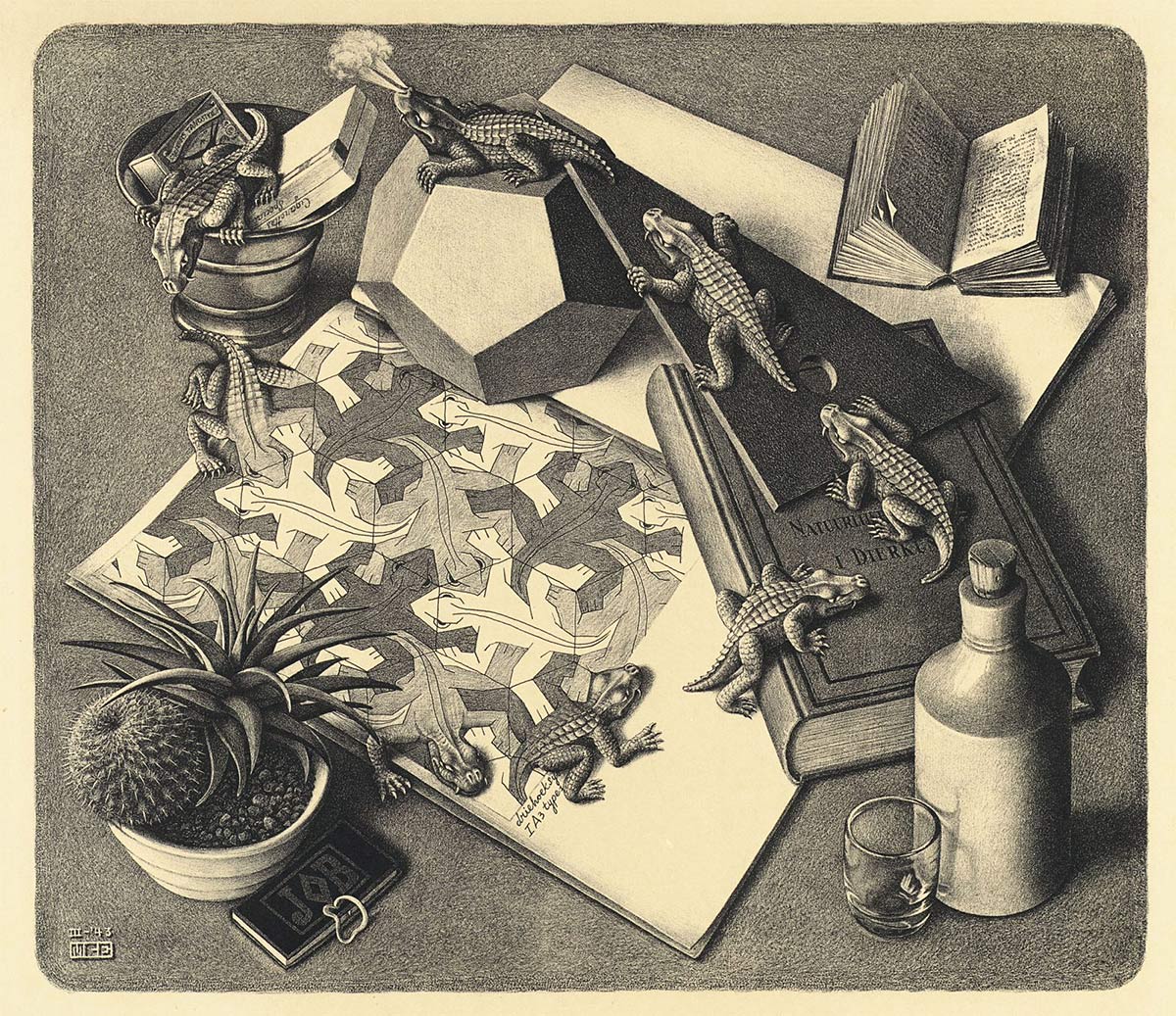 In Reptiles, Escher brings one of his tessellations to life. In an open drawing notebook, we see the tessellation consisting of reptilian figures. One of these creatures manages to escape from the flat, two-dimensional world of the drawing. It climbs onto a pile of books and then clambers over various objects before returning to the notebook. Once it has arrived, the three-dimensional creature crawls back into the drawing, giving up its spatial aspect and becoming flat again.

Escher often transforms his tessellations into visual stories. In prints such as Day and Night, Encounter and Metamorphosis I, II and III, he transforms flat, mathematical shapes into recognisable creatures.