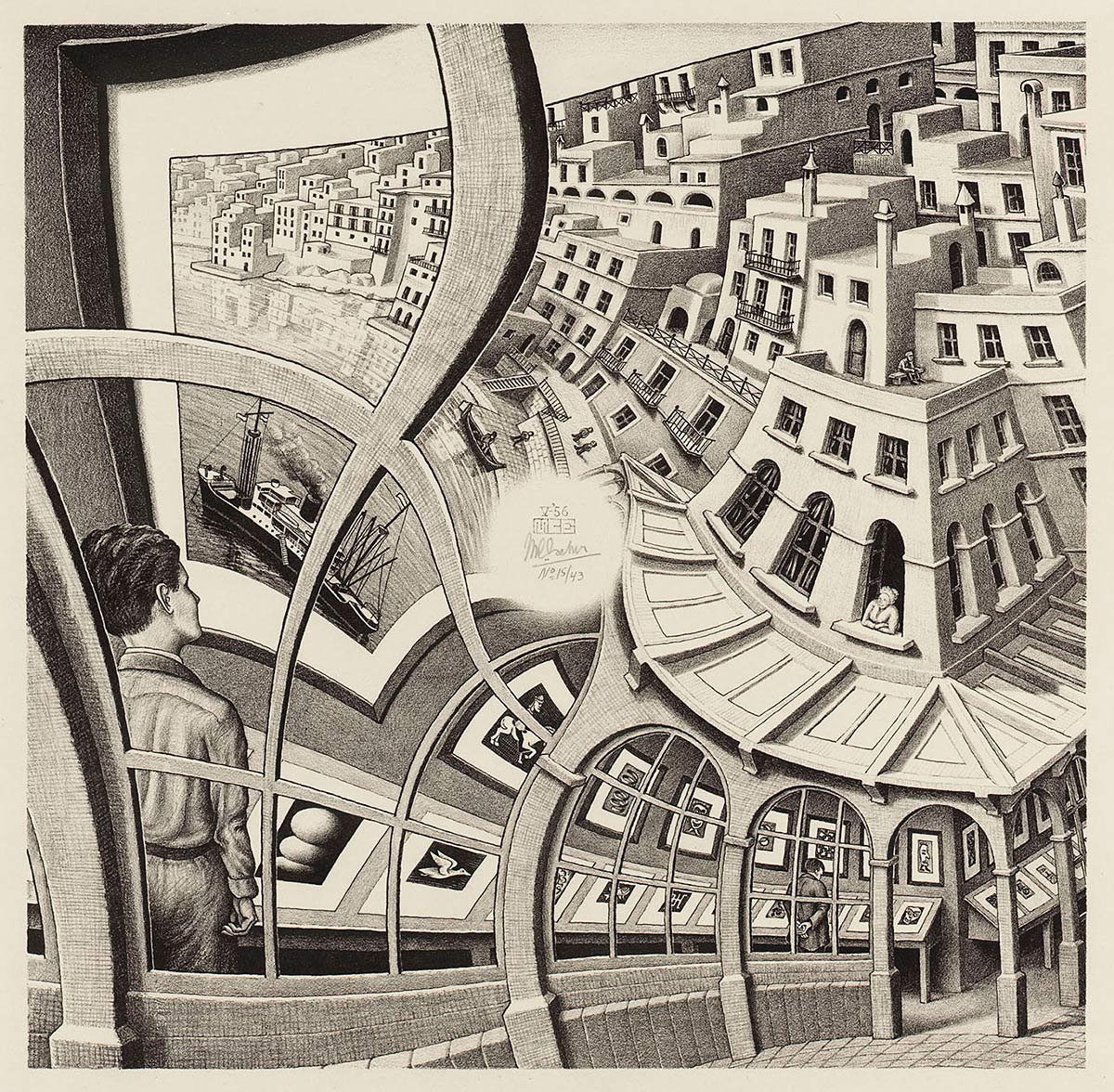 In Print Gallery, a number of works from Escher’s oeuvre are exhibited in a gallery. On the left, an attentive visitor is looking at the Senglea, Malta print. But it doesn’t stop at just looking: the visitor is also depicted in the print. He is looking, but at the same time he is being looked at. Escher uses a swirling motion to make the buildings flow over, so that the roofs of the city also cover the gallery. In this way, the print gallery and the print of the Maltese town are incorporated in one single world.

Print Gallery is a good example of Escher’s intuition for mathematics. Although he possessed little theoretical knowledge of the subject, he was nevertheless able to depict many mathematical concepts perfectly. For instance, here he is showing a so-called Riemann surface, a mathematical figure that visualises infinity. He did this, however, unconsciously and the mathematical aspect was pointed out to him later, by two professors. He arrived at his form while puzzling it out himself. He got very far, but at the end he had not filled in the central area of the print. The print, and in particular the centre, has been studied by mathematicians for a long time. In 2000, a team of scientists from Leiden and California succeeded in completing the centre.