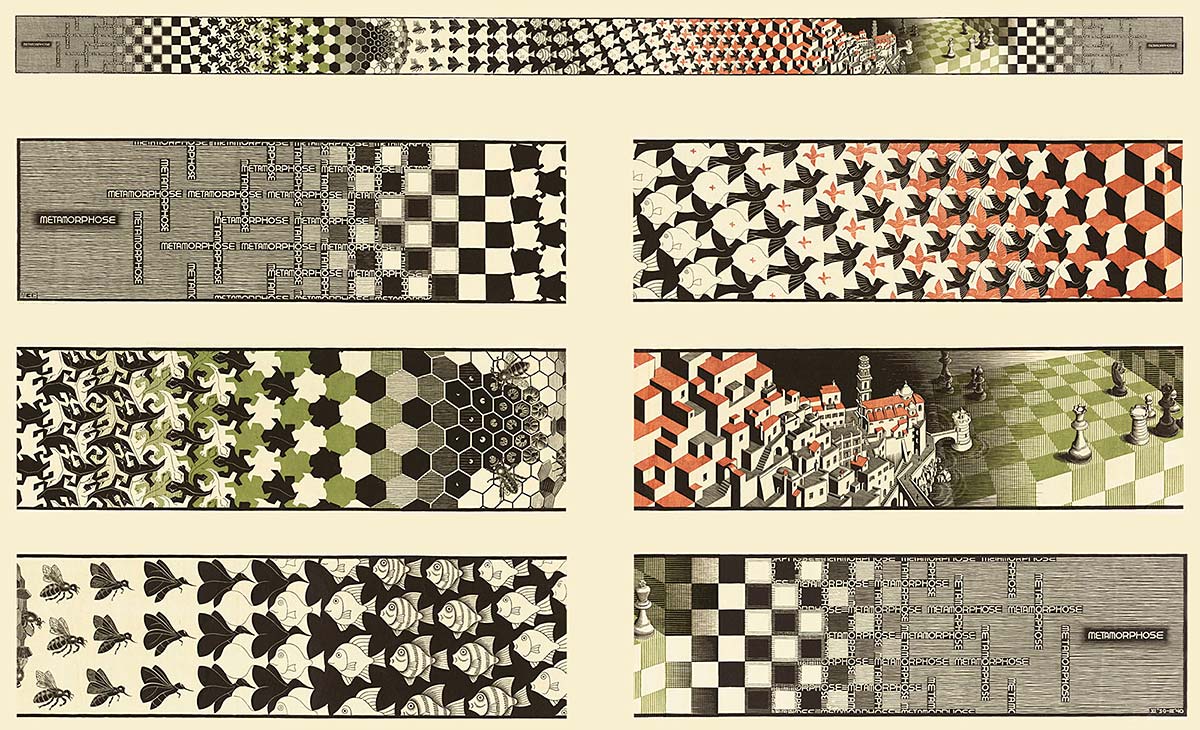 Escher created his woodcut Metamorphosis I, the first one of what eventually became a series of three, in 1937. All three prints feature Atrani, a small town on the Amalfi Coast where he visited on several occasions. Metamorphosis II followed in the winter of 1939-1940. Whereas I still has a beginning and an end, II and III form a cycle.

Out of the word metamorphosis, Escher created a series of changing shapes, in which he made use of regular tessellations. The well-known forms that often recur in his work are all featured in this print: reptiles, fish, insects and birds. Through free and playful association, Escher transforms the city into a chessboard, which in turn changes into the letters of the original word. Metamorphosis III followed in the winter of 1967-1968, an extended version of II.