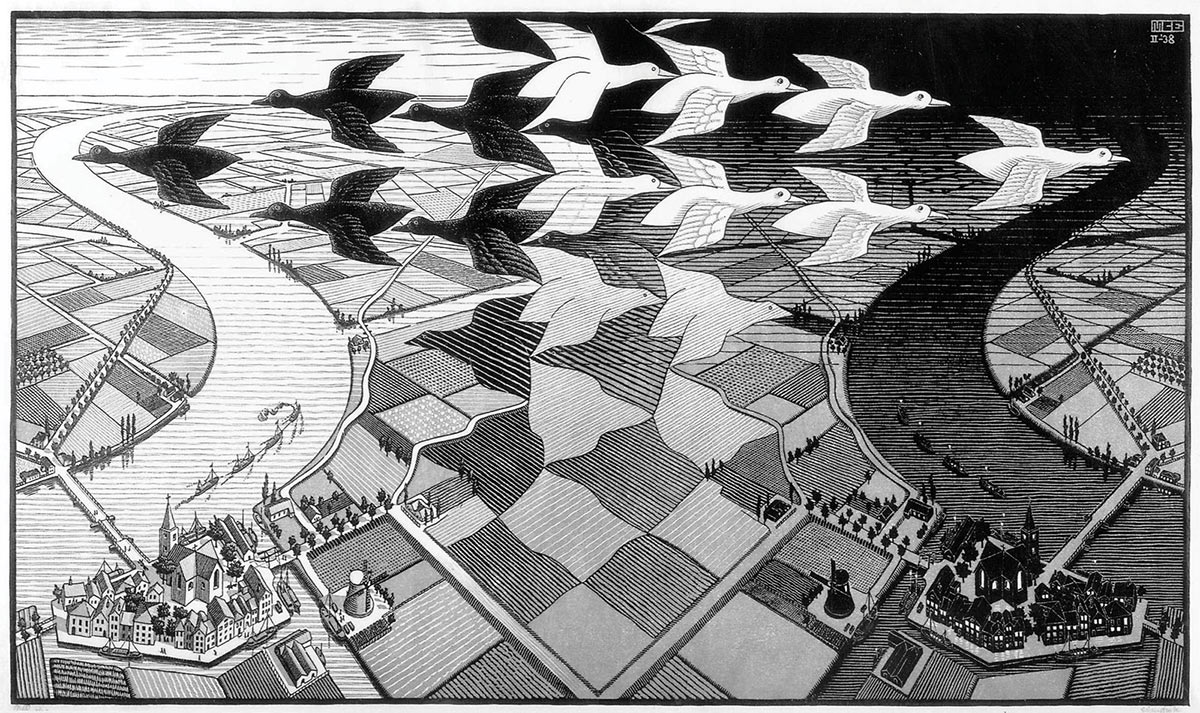 In Day and Night, white and black birds fly over a Dutch landscape. The white birds fly to the right, through the night. From this dark sky, black birds emerge, flying to the left into the day. In a vertical movement, at the point where the birds meet, they gradually transform into the fields that make up the landscape. As the basis for this metamorphosis, Escher used a tessellation. This is a motif whose outer lines connect seamlessly on all sides and can be repeated endlessly. Escher calls tessellation “the richest source of inspiration” he has ever tapped into.

This print is an example of the new direction Escher took in his prints in the mid-1930s. The themes of eternity and infinity started playing a major role. Day and Night eventually became one of Escher’s most popular prints. He printed over 600 of these during his lifetime.