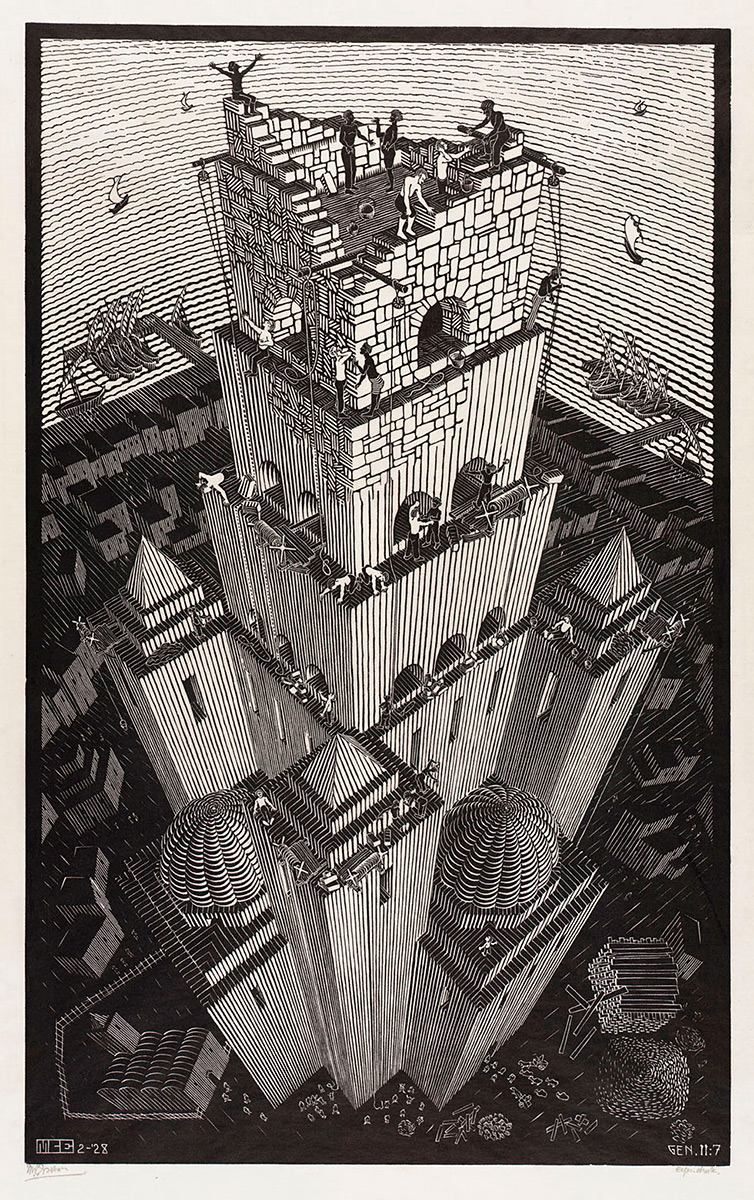 There was already ample evidence of Escher’s love of surprising and dizzying perspectives in his early prints. Tower of Babel tells the well-known biblical story of humankind’s attempt to build a tower to heaven. God put a stop to this by having everyone speak different languages. This is called the Babylonian confusion of tongues. The subject was very popular in art history, yet Escher managed to give it his own twist. By taking an extreme bird’s eye view as his vantage point, he emphasises the staggering height of the tower. At the top of the building, the dramatic climax takes place: the people stop building, confused, because they can no longer understand each other.